“I have been involved in the field of international printing for over 30 years. It would be a mistake if I would be unable to find a way to put my international experience to use, and today, I am therefore systematically trying to bring this to bear in the domestic environment. Fortunately, I have been successful so far…“

The Proindex commercial brand saw the light of day during the business boom of the mid-1990s. Thanks to its founder and spiritual father, František Janovský, the company – unlike most competing projects – remained on the Czech market. Moreover, its gradual expansion beyond the borders of our western neighbours and international prestigious position, which it now occupies in the printing industry, speak for themselves.

However, at the beginning the visions and plans of František Janovský were not overly expansive – in 1995 he established a small business focused on special printing services. His aim was to produce or additionally purchase these services in the Czech Republic, and their subsequent sales in Austria and Germany. In its early days, however, Proindex had something to build on – the rich experience of its founder, which he had brought from his long years in major Western European printing companies. 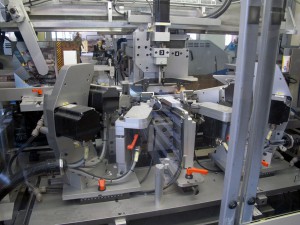 Today, the name Proindex is a synonym for success. The company’s main 3,000 m2 production facility was built in Central Bohemia in Hořovice. The strategic location on the D5 motorway between Prague and Pilsen, offers Czech customers easy access and a fast connection with Germany and Austria. Other production and administrative units are located in Blansko and Brno. Sales representative departments were built in Vienna (Austria), in Langenzenn (southern Germany) and in Bünde (central and northern Germany).

Great emphasis is placed on intensive international cooperation, through which the Company maintains its prestigious European reputation. When receiving orders for the German-speaking market, the domestic business department has available individuals with excellent language skills. Just like their Czech colleagues, the company’s associates in Austria and Germany are recruited from the ranks of industry professionals in the field of printing and have many years of experience.